Let’s go on a grand journey around the Ring Road, also known as Highway 1, until we reach the beautiful Akureyri, our final destination. Stock up on snacks and sweets (try the peppery liquorice!), download a book of Icelandic sagas and some atmospheric tracks to your iPod and head north. The journey is guaranteed to be everything you have imagined Iceland to be, and nothing like it. 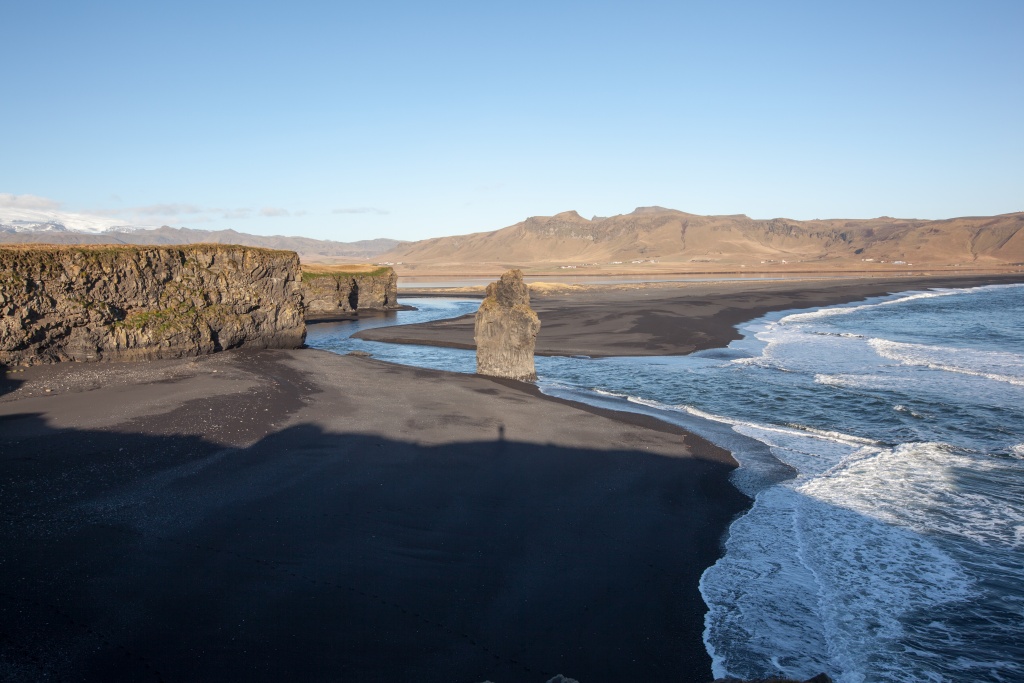 Black beaches, crater lakes, some of the world’s grandest glaciers, waterfalls, farmhouses, free-roaming sheep, horses, and the most spectacular sunsets will fuel your imagination: “Is there a troll hiding under a big boulder on my right?” “Doesn’t that rock look like an ugly giant?”
Long, dark winters in the old days, when there wasn’t much to do except for knitting and talking, have turned Icelanders into masters of telling stories. A journey around the country today will provide you with plenty of your own.
If you’re starting on the Ring Road in Reykjavik, you have a choice of going either way. Most people prefer to drive counterclockwise, with the first leg of the journey running along the south coast. In about one hour you will reach the town of Selfoss and if you want to see all the thermal action happening at Geysir, you’re very close by. Another detour will take you to the Gullfoss, translated from the Icelandic as the Golden Waterfall, and the sight and sound of its mighty waters cascading down hundreds of meters are sure to stay with you for the rest of the trip. It’s just so lucky that a hydroelectric powerplant was never built there. Legend has it that one brave lady, Sigríður Tómasdóttir, walked barefoot to Reykjavik to protest against its construction. Another must-see spot on the way is the black sand beach called Dyrhólaey. Framed by the ancient basalt columns and the ever-changing sea, it’s stunning.

Next stop – Europe’s largest glacier, Vatnajökull. While this huge ice field may appear immobile, it’s been retreating for decades, leaving behind an ever-enlarging lagoon filled with hundreds of icebergs. Sometimes seals can be spotted in the area, their heads bobbing above the water. The chunks of ice that fill the lagoon range in colour from white to a bright blue, depending on the amount of air trapped inside them.

At this point you might want to get away further into nature. Head to the Skálanes nature reserve at one of the easternmost points in Iceland via Seydisfjördur, a small town with a weekly ferry to the Faroe Islands and Denmark and plenty of opportunities for biking, sailing and hiking.

Heading north to Akureyri, why not make a detour to the Askja caldera field, Dettifoss waterfall and the Leirhnúkur lava field. Home to 18,000 residents, it boasts the northernmost botanical garden, several museums, galleries and churches. But if you’re looking for a really special spot, on a clear day head to the hills above the town for a view over the surrounding mountains, the fjord and the open sea.