My mother once told me that long ago, on a dark winter night, when she was a small girl growing up on a farm on the Snaefellsnes peninsula, a car drove hastily to the house. Inside was a middle-aged man, an electrician, on his way from a job in Stykkisholmur, a small fishing town on the other side of a nearby mountain. The car stopped and the man jumped out. He looked very upset, his face pale.

The reason for his anxiety was simple – and yet again not; as he was driving over the mountain, his car all of a sudden had been filled with ghosts. They didn’t sit with him all the way to the farm, maybe they only needed a ride over the mountain or had no desire to visit my mother and her family.  Zesty ghost-stories are actually common in Snaefellsnes, phantoms seem to like living on this beautiful peninsula that some have called „Iceland in miniature“, because it has so many things to offer a visitor.

And not only ghosts thrive there but also trolls and monsters. Around the time my mother was growing up the only road over the mountain lay through Kerlingarskard (Women’s Pass), a narrow pass guarded by a large cliff said to be the petrified remains of an ogress or a giantess, carrying a string of newly caught trouts on her back. The troll was on the way to her husband and son to bring them her catch for supper. But she had been fishing until too late in the night and when the rays of the sun touched her in the pass she was turned to stone for ever and ever. Her husband and the son became so consumed by grief when they learned of her fate that they didn’t avoid the sun either and were also turned into stone; now two beautiful and mysterious rock formations called Lonsdrangar on the southern part of the peninsula. 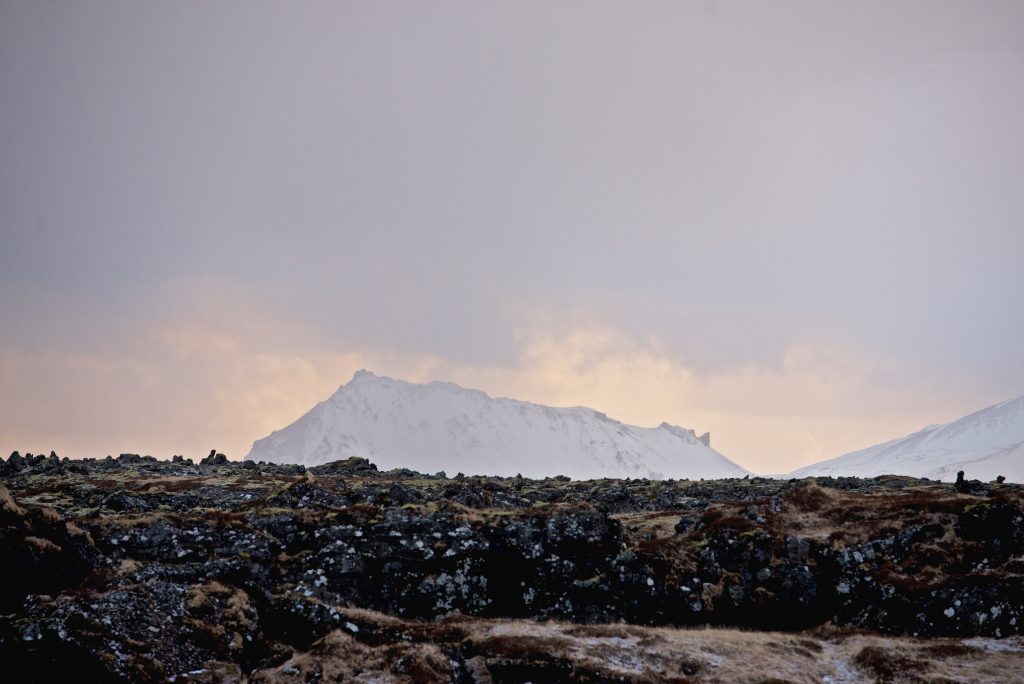 My mother was born at a place called Budir, on the south side of the peninsula. There has been a Guesthouse or a hotel at Budir for decades, obviously because of its amazing location, surrounded by lava on one side and by the sea on the other. In my early twenties I went there many times with friends and we lit a bonfire on the beach, drank beer and sang while someone plucked an old guitar. At that time, there was a hotel at Budir – the old guesthouse had burned down a long time ago on a fierce winter night and a new hotel was built at exactly the same place – and the chefs formed a duett called Sukkat (Candied peel) and when they were in a good mood after a night of cooking, they sometimes stepped out of the kitchen and a did couple of songs for the guests, all of them very surreal and funny. Budir is a highly romantic place.   The whole peninsula is in fact a thrilling place, loaded with mysterious stories and breathtaking views, and visiting it with someone who knows those stories and places open up a new and exciting world. If one is looking for a different kind of experience, it is also possible to climb Snaefellsjokul glacier and look for the passage to the center of the Earth that Jules Verne wrote about in his book, Voyage au Centre de la Terre. 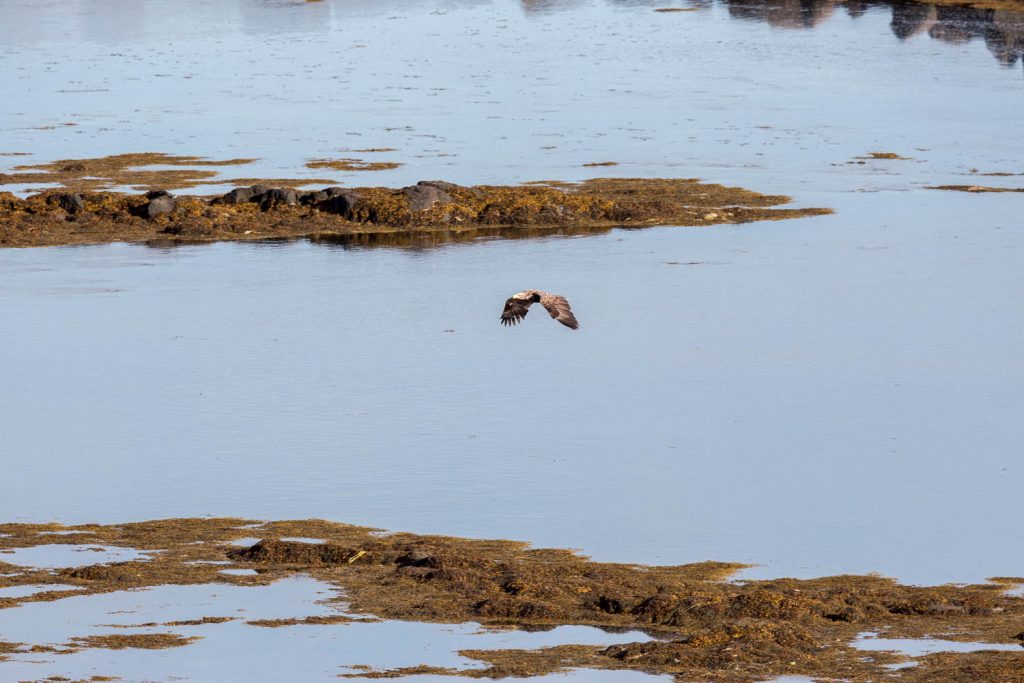 Many believe that the glacier is a place of mystical powers and some have even claimed that it is one of earth’s seven energetic vortices or chakras, seeing the Earth as a living being, with its own creative, evolutionary will. The Icelandic author Thordur from Dagverdara stated that the energy influenced everything, both living things and dead, and wrote that “from the beginning of time there has been more life around the glacier then anywere else in Iceland”.